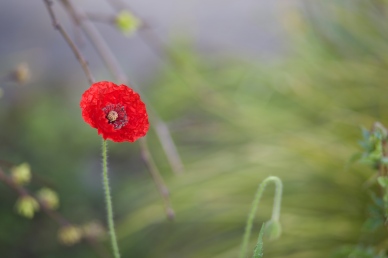 Each year since 1918, the 11th day of the 11 month, traditionally marks of the end of World War 1, the year, date and time guns fell silent after four years of fighting and killing where 35 million + casualties died or were injured. In commemoration of the end of World War 1 this day was originally called Armistice Day, a day now commonly referred to around the world as Remembrance Day.

Each year since 1918 on the 11th of the 11th countries including Australia, New Zealand, England, Canada, France and Belgium remember those that fought in War. We thank and even glorify the men and women who went to war whilst acknowledging those who ‘risked their lives’ to fight for their country, only to never to return home. On this day, we talk about bravery, about strength, about courage. We build big structures to signify war, to really cement it in stone, quite literally what took place all those years ago and continues to take place today.

On the 11th of the 11th thousands of people around the world gather and stop to take a minutes silence. This minute is to reflect, honour and remember those who have gone to war and whom continue to be at War today.

When we reflect on World War 1, where 20 million were killed, and many millions more were injured, wounded, traumatised and affected in a multitude of ways, it is hard to see any true good that comes from fighting through War.

In reflection of the consequences of Wars of the past and present, one would think common sense would show us that such a horrific list of casualties not to mention the destruction of land, homes, buildings, entire cities we would loudly say enough,  never again, never again to War, it is not the answer… yet we did and we continue to do today.

World War 2 followed twenty one years later where we saw between 50 to 80 million people killed. More than doubling the death toll of World War 1. Those numbers of men, dads, granddads, uncles, brothers, sisters, mothers, aunties, grandmothers, cousins, including babies and children killed are almost incomprehensible. They are so shocking and so extreme it is difficult to consider that is not just a number; it is a number representing people just like you and me who died in War.

Yet remember… Remembrance day is a day to remember those who fought to ‘protect’ our country.

When we combine the reality and full consequences of war it is very hard to conjure up a single justification that supports war, even in the name of protection.

In saying this we may be led to ask:

What is protection in truth and how has going to war stopped us from the great divides and tensions experienced between people today of ALL backgrounds, cultures, nationalities, religions, countries and family groups?

How has the wars of the past united nations and bought greater harmony between all people equally?

If we cannot come to a common purpose and clarity to the above questions, we have already arrived at an important awareness that is worth giving deeper contemplation, as we can clearly see we are obviously not truly learning from the past. If anything we are only further loosing ourselves in an illusion of justifications and corruption, as War continues in many countries today.

The fact is, we have been stopping to remember those who fought in war for around 100 years, yet we are still at war today. When we consider this fact, what are we standing for taking a minute silence for the past, when we could equally choose to stop for today, today, and why only a minute? Why don’t we stop until we stop? Literally.

Why don’t we stop until we stop protecting, hurting and killing ourselves and others, allowing tension, separation, destruction, unloving actions and words in any capacity… today.

It could be fair to state, hearing about the horrors of the world has become accepted and even normal. How did we get to this point? We were certainly not born with a rifle in our hands, a fighter jet for a crib, a bomb for a bottle. What qualities have we stepped away from to be capable of even thinking about war little less actually preparing and allowing to war for thousands of years now?

War or the fact that majority of the world sit complacent to it? It’s not in my back yard ‘meh.’

Why don’t we stop every time someone is hurt from war?

It is estimated over 108 million people have died from War in the 21st century alone and those numbers are still climbing.

Why don’t we stop every time a government spends more money on military, security and ‘protection’?

Last year the world’s countries spent $1.7 trillion on military, with these numbers increasing each year. To say this is money that could be better spent is understatement.

Why don’t we stop every time someone expresses defensively, with revenge, anger, rage, or frustration?

We all do this everyday and start to think abuse is a normal, even acceptable way of life.

Why don’t we stop when we feel tension in any capacity?

How often do we push through, override our body, with the little and the big things. Even when our body says it has had enough, it is tired, it is feeling uneasy, it is struggling and does not like what it feels or how it feels.

What is the consequence of living with tension and suffering within our own life?

Is it possible here lies the key to understanding how we allow it in others lives alongside our own?

How would life be and feel if we truly dealt with our own inner tensions, frustrations, emotions, issues and hurts? Is it possible through our own self care, we would naturally live a life of care? One that sees not space for war in anyway, shape or form.

Wildly expensive complex defence system is no solution, abuse to ourselves and others makes no sense. As we return to the simple heart of the matter and purpose moving forward as a one unified society.

What if remembrance day became a day where we remember every moment we have a choice.

Yes a choice. And a very clear one.

A choice to be frustrated, or a choice to let go of control.

We have the opportunity to remember and reflect on the past, yet we also have the opportunity not to make the same choices that do not truly serve our nation, our country our world our planet and universe at large. Every year as we return to the 11th of the 11th we have a choice to learn from the past and to have another go, to move forward and to truly evolve.

What choice are we going to make?

A choice to connect to a loving way of being and live the harmony we are actually truly seeking and that is our natural way ad state of being. Or further amplify harm and abuse?

It starts with us, within us today.